Designed for the museum opening in 2005, this display is now a beloved gallery on view by popular demand.  By illuminating the creative process, this display exemplifies a cross cultural collaboration of two designers – one from India, one from abroad — who reinvisioned the lavish costumes of Russian avant-guarde designer, Leon Bakst (1866-1924).

Leon Bakst (1866 – 1924) was a Belarusian painter and stage designer who travelled from Europe to Morocco, absorbing the colours and patterns of cloth.    Fame arrived by virtue of his extraordinary set designs, but culminated in his work with Diaghilev and the founding of the Russian Ballet.  As Artistic Director, his stage designs brought international fame while his colourful exotic costumes, drawn from Orientalism and motifs from the ancient world, caused a sensation that prompted new fashions in dress and interior decoration. 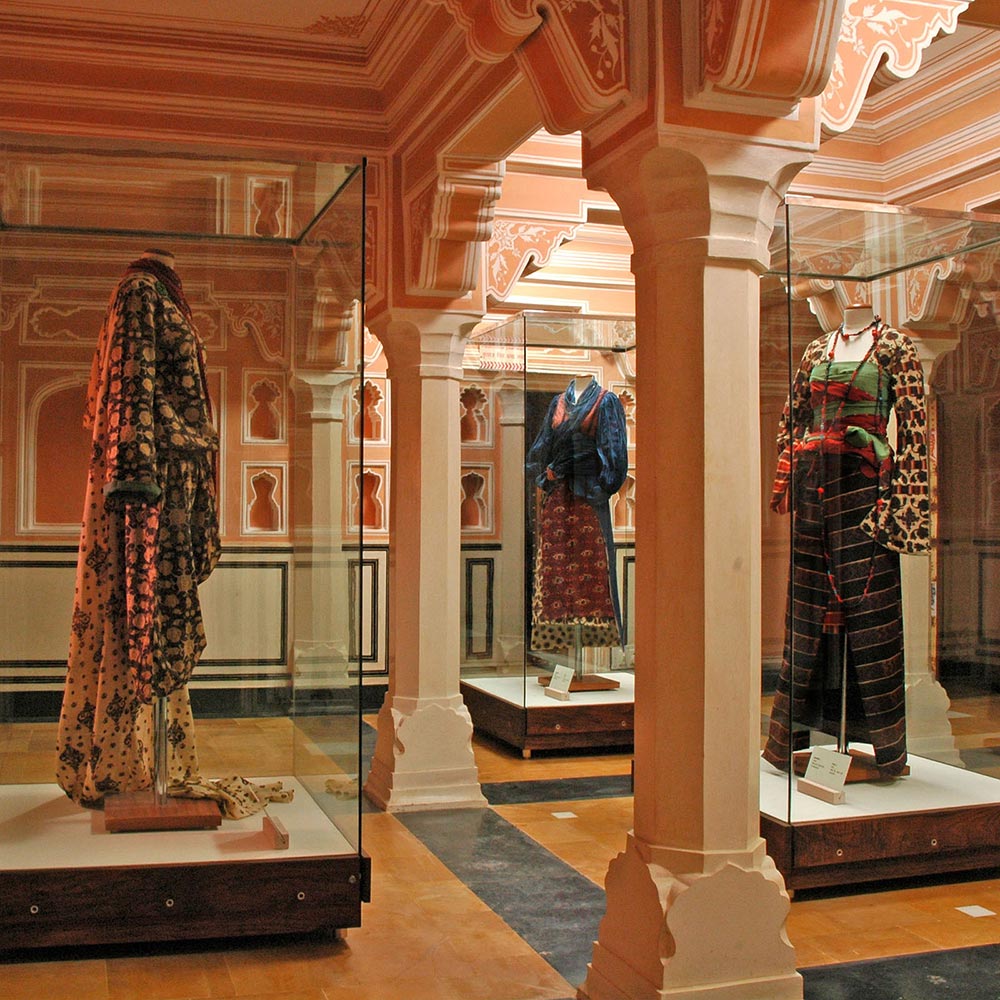